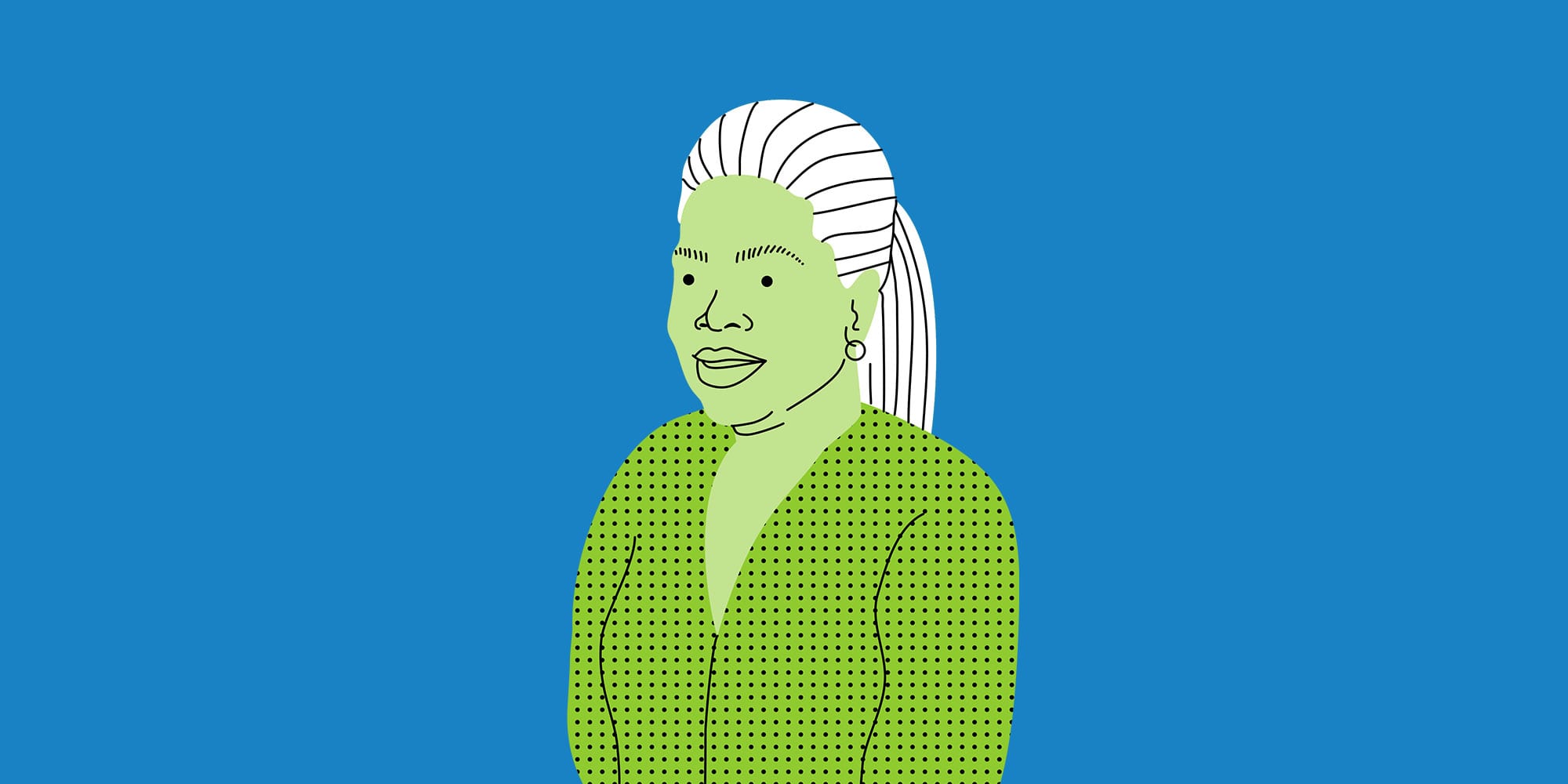 Many Oprah Winfrey quotes reflect her belief in the Law of Attraction, and make great mantras if you want to attract more abundance into your life, whether that is with your career, love life, wealth, or health. If you need a ‘mentor’ to guide you along, ensure you make the tough decisions, and have an attitude of gratitude, these quotes will do all of that and more.

Oprah Winfrey is one of the most recognizable names today’; as the host of ‘The Oprah Winfrey Show’, she became a household name by changing the way talk shows work and introducing a new, ‘intimate’ method of talking to guests. Her background couldn’t have been more different, however, as she was born into extreme poverty and, as a child, was passed between different members of her family, being told that impoverished young black girls could never amount to anything.

She proved them all wrong; refusing to believe the stereotype, Oprah worked hard and built her reputation, being named by Forbes as the richest African American of our time, and also the only black billionaire in the world. She has worked tirelessly for organizations close to her heart raising $50 million for different causes, she was instrumental in having a law passed that ensured a national database of convicted child abusers, and in 2013 she was awarded the Presidential Medal of Freedom by President Barack Obama. 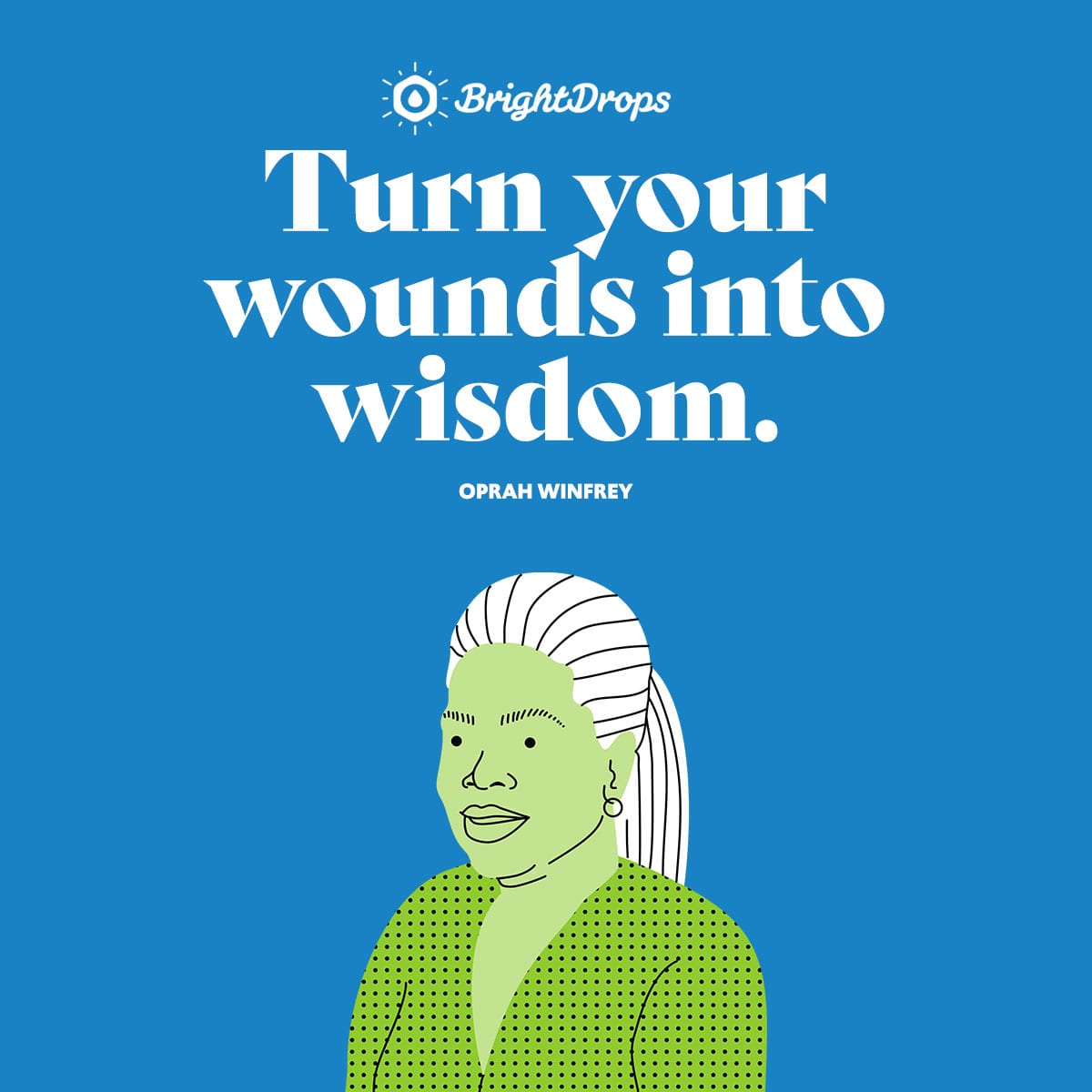 “I would like to thank the people who’ve brought me those dark moments, when I felt most wounded, betrayed. You have been my greatest teachers.” – Oprah Winfrey

“You are where you are in life because of what you believe is possible for yourself.” – Oprah Winfrey

“When you make loving others the story of your life, there’s never a final chapter, because the legacy continues. You lend your light to one person, and he or she shines it on another and another and another.And I know for sure that in the final analysis of our lives- when the to-do lists are no more, when the frenzy is finished, when our e-mail inboxes are empty- the only thing that will have any lasting value is whether we’ve loved others and whether they’ve loved us.” – Oprah Winfrey

“It makes no difference how many peaks you reach if there was no pleasure in the climb.” – Oprah Winfrey

“Forgiveness is letting go of the hope that the past can be changed.” – Oprah Winfrey 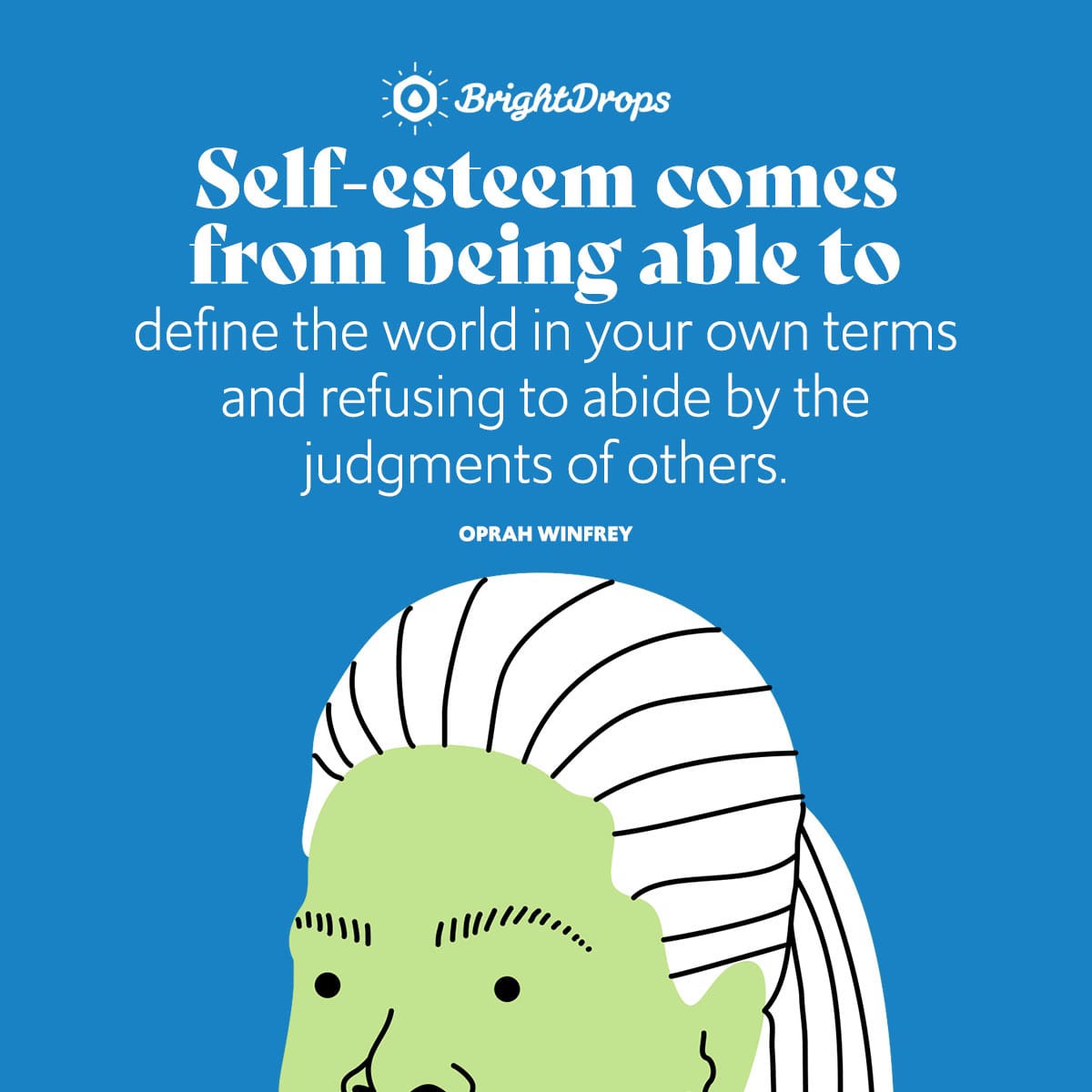 “Self-esteem comes from being able to define the world in your own terms and refusing to abide by the judgments of others.” – Oprah Winfrey

“Mr. Right is coming, but he’s in Africa and he’s walking.” – Oprah Winfrey

“Dogs are my favorite role models. I want to work like a dog, doing what I was born to do with joy and purpose. I want to play like a dog, with total, jolly abandon. I want to love like a dog, with unabashed devotion and complete lack of concern about what people do for a living, how much money they have, or how much they weigh. The fact that we still live with dogs, even when we don’t have to herd or hunt our dinner, gives me hope for humans and canines alike.” – Oprah Winfrey

“I’ve come to believe that each of us has a personal calling that’s as unique as a fingerprint – and that the best way to succeed is to discover what you love and then find a way to offer it to others in the form of service, working hard, and also allowing the energy of the universe to lead you.” – Oprah Winfrey

“When the talk about my troubles was loudest, I did the thing I’ve always spoken of most . I got still and listened for the answer to What is this here to teach me? The answer, first and foremost? Lay your ego down. Step out of your ego so you can recognize the truth. As soon as I did that, I was able to see the role I had played in creating my circumstances, without blaming other people. And — bingo! — I realized that all the noise about my struggle was a reflection of my personal angst and fear.” – Oprah Winfrey 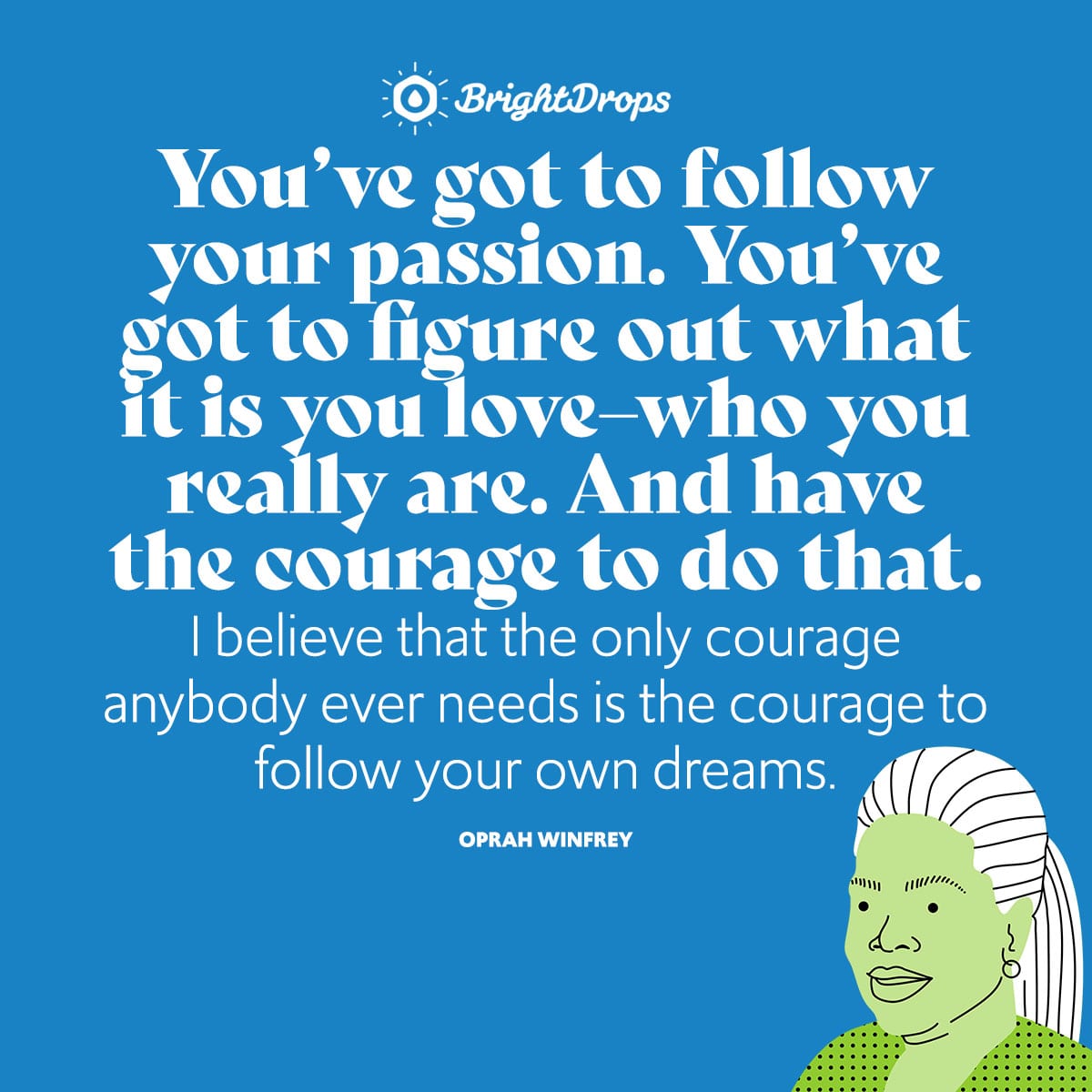 “Books were my pass to personal freedom. I learned to read at age three, and there discovered was a whole world to conquer that went beyond our farm in Mississippi.” – Oprah Winfrey

“Forgiveness is giving up the hope that the past could have been any different.” – Oprah Winfrey

“The more you praise and celebrate your life, the more there is in life to celebrate.” – Oprah Winfrey

“Real integrity is doing the right thing, knowing that nobody’s going to know whether you did it or not.” – Oprah Winfrey

“Wherever you are in your journey, I hope you, too, will keep encountering challenges. It is a blessing to be able to survive them, to be able to keep putting one foot in front of the other—to be in a position to make the climb up life’s mountain, knowing that the summit still lies ahead. And every experience is a valuable teacher.” – Oprah Winfrey

“Only make decisions that support your self-image, self-esteem, and self-worth.” – Oprah Winfrey

“You can have it all. Just not all at once.” – Oprah Winfrey

“So go ahead. Fall down. The world looks different from the ground.” – Oprah Winfrey

“I was once afraid of people saying, Who does she think she is? Now I have the courage to stand and say, This is who I am.” – Oprah Winfrey